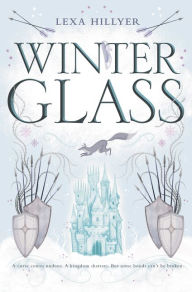 Aurora is separated from the dream world, Sommeil, after its leader is killed by the faerie queen Malfleur. She vows to kill Malfleur while her half-sister Isabelle joins forces with Prince William to win against Malfleur’s army of Vultures. Amidst this chaos, Isabelle comes into possession of an unbreakable glass slipper which is the key to her mysterious lineage and birth mother. This story follows the bond of sisters and explores how love can come in many forms.
Hillyer takes a creative spin on the classic Sleeping Beauty and adds layers of complexity with love triangles. She fully develops the characters and the reader is able to clearly see a profound difference in the characters by the end of the novel. Something refreshing about this novel was the strong emphasis on sisterly love and the relationship between Isbe and Aurora. Saying all this, I found the novel lackluster. Lexa Hillyer is a poet and this is evident in her writing. She barely uses conjunctions such as “and” and “because” in order to create a more fast-paced read, but this choppy sentence structure loses its charm after a while and becomes frustrating to read. Additionally, instead of flashbacks and anecdotes, she flat out types what happens. For example, if someone is feeling sad she says “Isbe is sad” instead of describing her emotions. This really affects the book because a lot of possible interesting parts are made dull and there are overdramatic outbursts by the characters that made me cringe.


I rate this book 3.0 out of 5. I would recommend it to anybody who likes the classic YA book

Posted by SBPLTeens at 7:01 PM