The new MacBook Pro 2016 released in late October has been gaining popularity. The base level 13-inch MacBook Pro without the hyped up Touch Bar retails at $1,499. This laptop is definitely on the expensive end but should not be dismissed without a closer look. We'll look at six criteria laptops should be judged on.

Design
The new design on the MacBook is extremely elegant and can catch anyones eye. The body is made of aluminum and maintains its classic build. The aluminum body is certainly compact, as it has 23 percent less volume and is 17 percent thinner than the last 13-inch Pro. Measuring 11.97 x 8.36 x 0.58 inches and weighing 3.02 pounds, the new 13-inch MacBook Pro is smaller in every dimension than the previous model, which weighed 3.42 pounds and measured 12.35 x 8.62 x 0.71 inches.

I have personally observed the laptop up close. A few things I noticed were that the speakers are visible on the sides of the keyboard, I really like the look. Also, I have seen the two colors that are offered, Space Grey, and the usual MacBook Silver. Personally, I would prefer the darker tone because it just looks more classy. 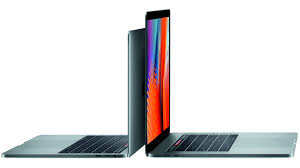 Ports
Dongles will be needed. The 13-inch MacBook Pro has gotten rid of most ports and only supports two Thunderbolt 3 ports on the left and a headphone jack on the right. The good news is that the Thunderbolt 3 ports, which have a USB-C connector, enable power and data over a single connection. They offer blazing fast transfer speeds (up to 40 Gbps) and will let you connect two 4K monitors. You must charge the laptop using either one of the two ports, as Apple has retired its MagSafe connection. MagSafe was when you could charge your Mac with a magnetic charger making sure your entire laptop doesn’t fall if you, per se, trip over the charging wire.  A couple setbacks are;  if you want to charge your phone directly from your laptop you will now need a USB to USB-C dongle. Apple has also gotten rid of the SD card which means you cannot directly import photos from your camera to your laptop. 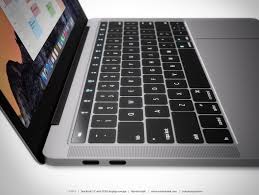 In my eyes, Apple messed up, getting rid of all of these ports may sway the average consumer away from buying this laptop.

Display
This is one of the best laptop displays I have ever seen. The laptop is top of the class and has probably the best display on the market. The 2560 x 1600-pixel Retina display on the 13-inch MacBook Pro is 67 percent brighter than before. The laptop contains 500 nits brightness which is significantly higher than the last Pro model which came in at 385 nits. Comparatively,  the Dell XPS 13 hit just 302 nits, the HP Spectre x360 317 nits and the Lenovo Yoga 910 292 nits. 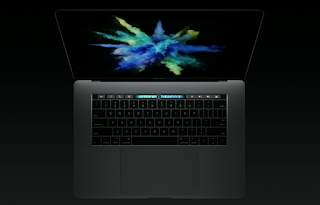 The MacBook surpass all of these laptops with flying colors. The display offers rich and vibrant colors and has a plethora of different colors to offer. I am extremely impressed by the display on this 2016 model. My only complaint about the display is that the black levels could be higher, they were lacking while I was watching videos.

Keyboard and Trackpad
With the new MacBook Pro models Apple has decided to implement the butterfly mechanism, they already used this type of keyboard on the MacBook, but now released a second-generation in the Pro models. This second-generation layout has the same low amount of travel (0.5 mm) but, the new one offers better tactile feedback, thanks to an improved design. As I typed on this laptop, I found it to be extremely speedy and a very easy typing experience. Since the keys are also bigger on the laptop I made very few typing mistakes, but since many people are new to this type of keyboard, it may take a while to get adjusted to the feel. 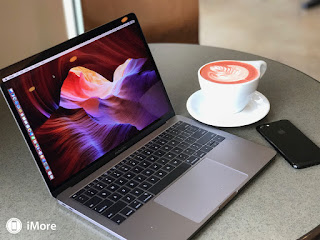 The trackpad has also changed big time. The trackpad is now twice as big as previous models and allows easy use of gestures. The Force Click setting allows you to press hard into the trackpad and see a definition of a word.

Battery Life
The battery life on Macs has always been superb, and nothing has changed with this new release. Apple rates the 54.5 watt-hour battery in the 13-inch MacBook Pro for 10 hours of web surfing time. On the Laptop Mag web surfing test, in which they set the screen at 100 nits of brightness and surf the web over Wi-Fi, the MacBook Pro lasted an awesome 12 hours and 21 minutes. That beats the last 2015 MacBook Pro we reviewed, which lasted 12:04. This MacBook Pro's runtime obliterates both the HP Spectre x360 (10:06) and Yoga 910 (10:36) by about 2 hours.

Configurations
The entry-level, 13-inch MacBook I reviewed starts at $1,499 and includes a 2-GHz 6th generation Intel Core i5 processor, 8GB of memory and a 256GB PCI-e based SSD, plus Intel Iris graphics. Upgrading can get pretty pricey, as jumping up to a Core i7 CPU costs $300. If you would prefer to check out Apple's innovative new Touch Bar, which puts a touch screen above the keyboard to give you a wide range of relevant shortcut controls - you'll have to pay $1,799 or over $2,300 depending on if you get the 13 inch model or 15 inch model with the Touch Bar. You'll also get a Touch ID button for logging into your Mac and making Apple Pay purchases with a tap of your finger, as well two additional Thunderbolt 3 ports. 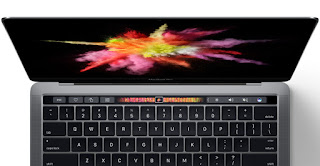 Conclusion
The new MacBook Pro beats its predecessor in many ways and is definitely an extremely powerful machine that is compact and portable. The price is on the higher end, but in the end the laptop is worth it depending on your needs and budget. So, yes, the new MacBook Pro is an excellent laptop, and I strongly recommend it.

Posted by Saleena Davidson at 2:40 PM