Whether you’re finished with classwork, or bored at home, computers can be a great source of entertainment. If the computer in front of you happens to be a Mac, then there are some interesting tricks to try on its Terminal application that will keep you amused for as long as necessary, and it’ll be a nice introduction to what computers used to be like in the 1970s and ‘80s.

To start, you must open the Terminal application, which you can usually find in the “Other” folder of the Launchpad or the Utilities folder of Applications. This should open up a white window into which you can type system commands.

Let’s start basic: Type “echo” followed by a space, and then some text.
The result should be that text printed back on the next line, like so:

Now for something slightly more amusing: Type “banner” followed by “-w” and a number (how many characters wide the banner should be) and some text. The result will be that text outputted in a banner: 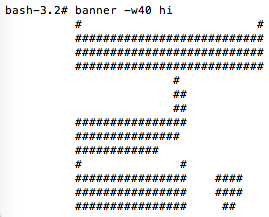 To go one step further, type “say”  followed by some text, and if the command is supported, you should hear the computer say whatever you told it to.

This will change the text color based on which digit you chose (0 resets to black):

You can replace the 3 in [30m with a 4 in order to change the background color of
the text.

Finally, let’s explore some hidden games. Enter the command “emacs”, which will bring up this screen: 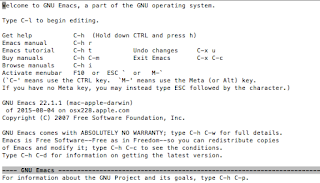 Type the escape key, then “x”, which should cause “M-x” to appear at the bottom of the screen:

From this point, enter “tetris”, “pong”, “snake”, or one of several other games (you can find a list of available games at https://www.emacswiki.org/emacs/CategoryGames). These should keep you amused for a while. 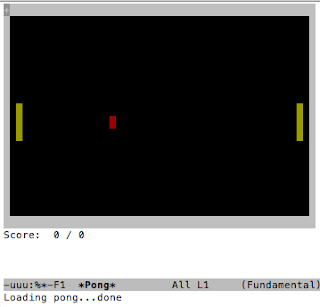 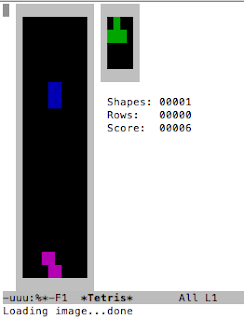 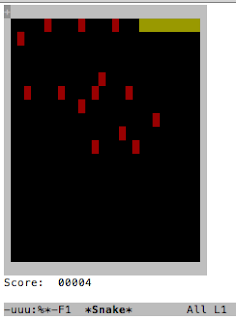 Note – If any of these do not work, you may have to check that you did all the steps carefully, and whether your Mac is compatible with the commands being used. If you get this error message (where [commandName] is whatever command you typed),  it means that the command you typed either is not supported, or does not exist.

Posted by Saleena Davidson at 4:29 PM